How the law relates to the Christian 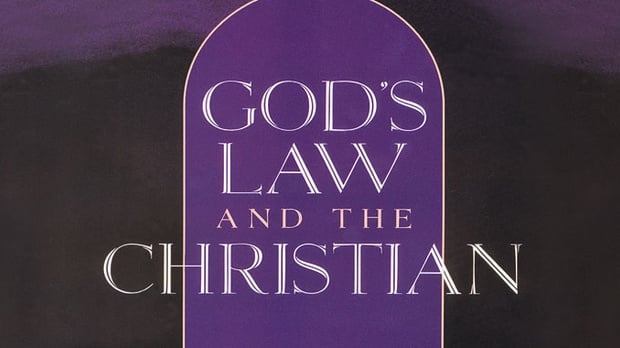 Jesus mostly disposed of the first two  – the civil and the ceremonial. But the moral laws He did not. The moral laws are special in several ways.

The law is eternal

Second, I think it is generally understood that these laws were not ‘made up’ by God. That is, God didn’t one day say, “Hey, I think I might outlaw bestiality.” These moral laws have existed as long as God has existed. So, they are in essence part of God’s essence. This is visualised for us in the Old Covenant when God commanded the tablets of stone with His law on them to be placed *inside* the Ark Of the Covenant – the box at the very heart of the holy of holies.

So when Jeremiah describes the New Covenant and says that God will write the law on our heart God is referring to writing the moral laws – all of them – on our hearts. It was previously written on stone and on paper. But under the New Covenant the law is written in our hearts. I am not aware that we are told explicitly how this is done but my best guess is that the laws come into our heart when the Holy Spirit comes into our heart. Remember, the law was in the Ark in the Holy of Holies. Now the Holy of Holies comes *inside* us in the Holy Spirit and so the law which is part of Him comes with Him.

Which laws are written on our hearts?

So which laws are written on our hearts?

Some maintain that there are just the two laws Jesus mentioned – love God and love your neighbour.  But these are not *new* laws – they are found in the OT. Jesus was simply providing a way of categorising *all* moral laws – they all fall under two headings – love God and love each other. No idols is loving God. No adultery is loving your neighbour.

It is not possible to dispose of all the specific laws and replace them with the two – love God and love others. And there is no support for that in the NT. With the possible exception of the Sabbath, every one of the 10 commandments is repeated by the Apostles. That is, the Apostles  explicitly command Christians to keep every one of those commandments. And then they add many more laws as well!

So the law that is written on our hearts is ‘love God and love each other’ … which is also spelled out in detail in our hearts by the Holy Spirit just the way it was in the 10 commandments and elsewhere in the OT. That means we shouldn’t be saying that the law is bad but. We should be saying, with the Apostle Paul, that the law is “holy and just and good”.  How could it be anything else – God gave it to us.

Now we have clarified what the law is, we can comment on how it relates to the Christian.  Jesus said “If you love me keep my commandments”. The law of God shows us what pleases God. Honesty pleases Him. Purity pleases Him. Worship pleases Him. As Christians, we desire to keep the laws because we desire to please Him. It is no different to a child who likes to do the household chores because she knows it pleases her parents. The better she knows what pleases her parents the better she is able to do those things that do actually please them. She doesn’t do it in a vain effort to become a child. She wants to do those things because she is already a child and loves her parents. So the law of God shows us what pleases God and through those laws we know better how to please Him.

As the Shepherd’s staff can be used for correction and guidance, so the Holy Spirit uses the law for correction and guidance. This is why Psalm 119 is a wonderful chapter and certainly not one to be rid of. I don’t think it is an accident that it is right in the very centre of the Bible – it is at the very centre of God Himself. And this is why Paul warns us not to think badly of the law but rather establish it. The law, which is part of the very essence of God, becomes part of our very essence when the Holy Spirit dwells in us. It is as eternal as God is eternal. And it reveals to us some of the character of the holy God. God is ‘holy’ and His law is ‘holy’. The reason His law is holy is because it is part of the very nature of God.

The law does not help us keep the law. That empowering needs to come from somewhere else. The Bible tells us where it comes from – God. We are empowered by the life that flows from the vine, the food that comes from the Shepherd, and the power that comes through communion. We are empowered to keep the law by being set free from Satan and sin through the power of God.

This poses no difficulty in reconciling the ‘law’ passages in the NT. Paul hates the use of the law for justification but loves the law as a revelation of the will and character of God. He rejects salvation by law and embraces love of God through keeping His laws. He rejects law keeping through self-effort and encourages law-keeping by dependence on the Holy Spirit. Paul is not against law keeping. “God forbid!”, he said. He is against law keeping for righteousness.  And he is certainly not against the law – it is a holy gift from God…or rather it reveals the essence of the holy God we want to serve.